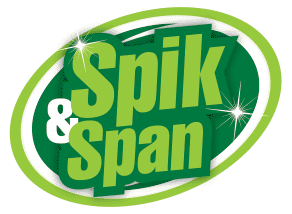 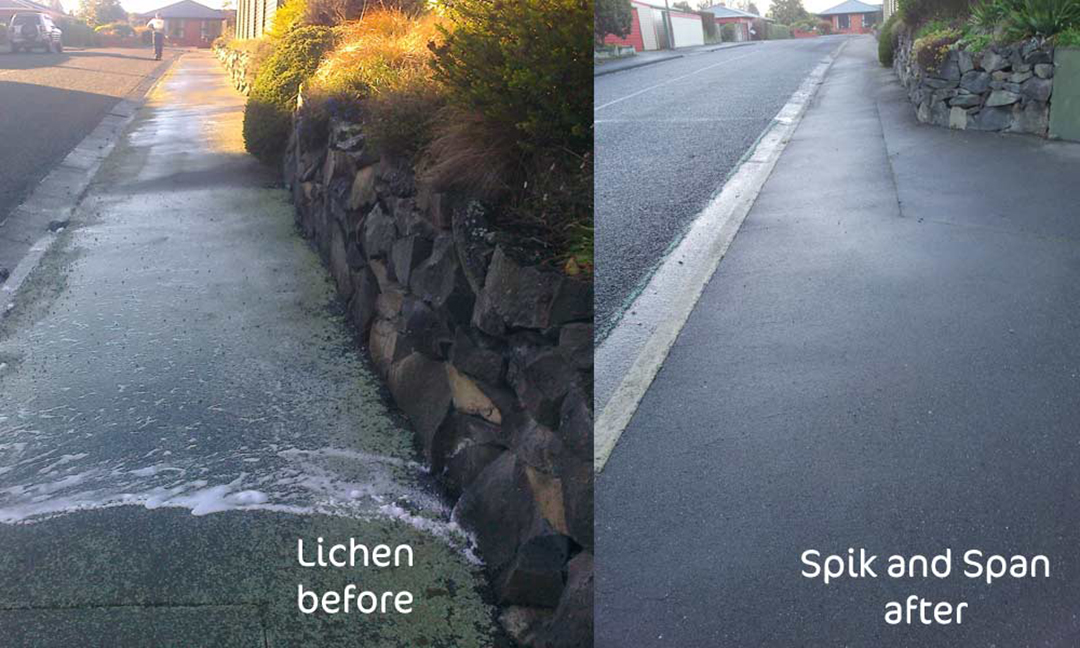 Remove Moss, Mould, Algae and Lichen on Driveways and Paths. Outside Moulds are most often black. The black colouration comes from their microscopic spores on the fruiting bodies. But the majority of the mould growth is actually composed of root-like hyphae that grow into and penetrate the pores of the porous surface they are living on. So it’s important that products do not just kill the surface mould, but penetrate the pores of the surface and kill the mould down to the roots. Spik & Span is specially formulated to do this.

When moulds and algae on surfaces are wet they can easily become slimey and slippery. Removal of the mould with Spik & Span will help prevent slips and accidents. 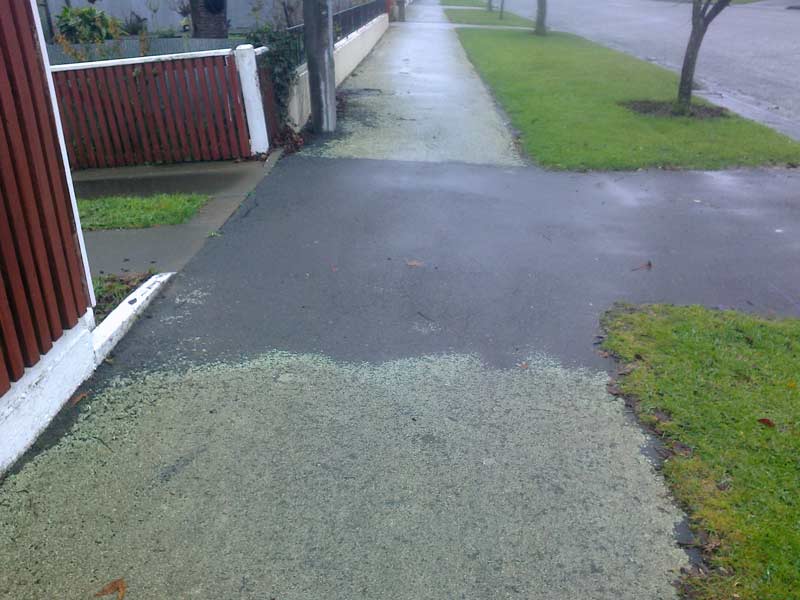 A clean driveway sprayed with Spik and Span
Shop Now

If you have a job larger or trickier than a DIY job within Auckland  (high roofs, large area etc) we can also professionaly wash and treat your home, building  or property. See our sister business  www.sprayandwash.co.nz or call 0800 88 11 23 for a free, no obligation quote. Sorted!